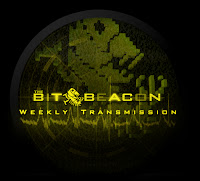 The site has been quiet for the past month and for that we greatly apologize. Now that the busy game season has ended we decided this would be a good time to start reporting some of the more noteworthy stories during the week. If you don't have the time to constantly check the internet for news, rumors, and whatever else might be going on you can head over to The Bit Beacon every Saturday from here on out for a summary of the biggest and most interesting stories from the week. Every story will have a source link below it and you can click on that link to read the expanded story if it piques your interests.

Early in the week rumors were surfacing that THQ was cancelling all it's 2014 titles and looking for somebody to buy them out. THQ eventually responded and denied these rumors. Still you have to wonder what might be going on behind the scenes to ignite such rumors in the first place.
Source

One of the most exciting bits of possible news early in the week was that Nintendo was developing two 3DS Zelda titles to be released simultaneously ala Oracle of Ages and Seasons. As much as fans might like this, the source of this rumor can be traced back to 4chan which isn't exactly the most credible place on the internet.
Source

File this under a pleasant surprise. The Nintendo 3DS Fatal Frame spin off is coming to the Americas and will be published by Nintendo themselves. Hit up GoNintendo to read the press release and more information on the game.
Source

Not exactly earth-shattering news, but developer NetherRealm Studios looks to be delivering the full console experience with new enhancements that take advantage of the PlayStation Vita's unique features.
Source

Developer Hudson to be full Absorbed by Konami Digital Entertainment

Come March 1st, Bomberman developer will cease to exist. The company has been around since 1973 and was acquired by Konami in 2011. Until now they have still kept their brand name but that will likely not be the case come March.
Source

I am not the biggest Anime fan in the world, though I have a soft spot for Detective Conan, I still found this rather intriguing. Judging by these screenshots it appears they truly have managed to pull off this feat. The first trailer should be out within the next week, so check back to see the game in action.
Source 1 Source 2

A Couple of Updates Regarding Metal Gear Rising

First off it has been confirmed that Platinum Games lead programmer of Bayonetta, Kenji Saito, it the Metal Gear Rising's game Director. Secondly the game will be playable (finally) at this years Electronic Entertainment Expo.
Source 1 Source 2

It is good to hear that Animal Crossing has some kind of a release frame in one territory; that can give us a vague idea of when we might expect it in the states. The more interesting bit is that the game will support DLC. In the past Nintendo has distributed unique items to our towns for free, but will they now be charging us for some new furniture for our pad?
Source

Leon, Chris and plenty of new faces are here for the return of one of the most celebrated franchises in modern video games. The game is said to be returning to its horror roots but appears to be ramping up the action to Uncharted levels. The trailer is truly spectacular and really shows how much time has already gone into the game. Resident Evil 6 launches this year on November 20th. Check out the trailer below!

Well that is it for this week. We hope you maybe learned something new and enjoyed this weeks stories! Let us know in the comments what you thought and if we missed any stories that are important to you.
Posted by Taylor Greene - Executive Editor at 11:00 PM