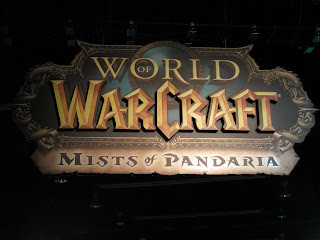 At Blizzcon this year Blizzard Entertainment unveiled their all new World of Warcraft expansion, Mists of Pandaria. After being shrouded in mystery for over 10,000 years the events of the cataclysm have unveiled the continent of Pandaria and its people the Pandaren. The Pandaren have been hinted at in past Warcraft titles but until now not much has been revealed about them.

I had the chance at Blizzcon to play through most of the Pandaren starting zone and experience the brand new Monk class. The story is that you are a Pandaren who has grown curious of the outside world; Blizzard is calling this ‘Wonderlust’. You are aboard ‘The Wandering Isle’ which is in fact a massive turtle, and here you will undergo trials before you can leave to continental Azeroth.


Mists of Pandaria was labeled as being pre-alpha but it seemed much further along than any other expansion I had played at past Blizzcons. The expansion is themed around eastern influences; think ancient . I’d be lying if I said my mind did not immediately go to Disney’s Mulan and Dreamwork’s Kung Fu Panda. But it is a nice change of pace from the usual ‘high fantasy’ style that Warcraft has largely been centered around. 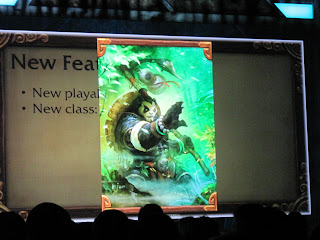 The environments are beautiful and offer plenty of breathtaking views. The zone seemed to be split into a few different sections each having a different theme attached to it. For example farm lands, small villages, and a sort of training ground. The music offered a peaceful and serene feel to it. Even in the heat of battle every fight still felt calm. Both the music and environments tie together and give you a feeling of the Pandaren way and in part the new Monk class. Good company, good brew, and proper balance in life. That is the Pandaren way of life, until the and Horde show up on the shores of Pandaria. 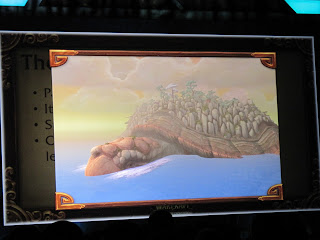 The Monk class plays fairly simply at low levels; they start with a standard jab and a finishing move that uses their weapon. As they level up they gain a few new kicks as well as a ‘roll’ ability that does no damage but enables one to escape more easily or roll out of harms way. The Monk uses a new resource similar to energy called chi and a new secondary resource mechanic known as light and dark force. Light and Dark force can be obtained jab; and this force is then used for some of the more powerful moves. It is also worth noting that Monks have no auto-attack.

At level ten the Monk will be able to specialize as a  Brewmaster (tanking), Mistweaver (healing), or Windwalker (melee dps). Unfortunately the game isn’t far enough progressed so as to what those specializations will look like we don’t know quite yet. However Blizzard hinted that healing as a Monk will be completely different from other classes. 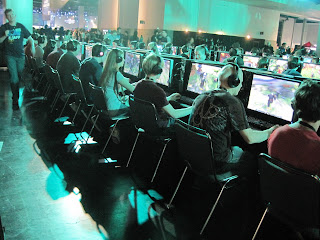 At some point during the Pandaren starting zone you will encounter both the and the Horde and at the end of the quest chain you will be tasked with choosing a side to align yourself with. That’s right the Pandaren are the first, initially, neutral race in World of Warcraft. Once you pick a side you are stuck with your choice permanently.

As someone who has had a bit of a falling out with World of Warcraft I can’t help but be excited for this new expansion and the future of the game. I promised myself I would never journey back to Azeroth but I think I am about to re-subscribe. WoW: Mists of Pandaria currently has no release date but expect it sometime in 2012. 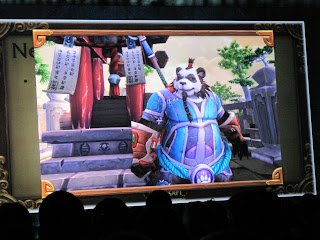