The final case of the LA Noire saga, Reefer Madness, is now available on the PSN Store and Xbox Live Marketplace. Sad to say, it’s a bit of a disappointment.

Reefer Madness takes place around the middle of the Vice Desk portion of the game. The Vice Desk was one of the more interesting segments of the game. This is mainly due to some great plot development and your shady but suave partner Roy Earle. This case however, is a bore and over in thirty to forty minutes tops. Maybe I am just spoiled from the terrific Nicholson Electroplating DLC case, which you can read about here, but Reefer Madness just did not do it for me.

The case picks up with you interviewing an informant who tips Detectives Phelps and Earle off to a marijuana drug dealer in town. It escalates into a city-wide search for clues as to how this marijuana is being distributed in plain sight. 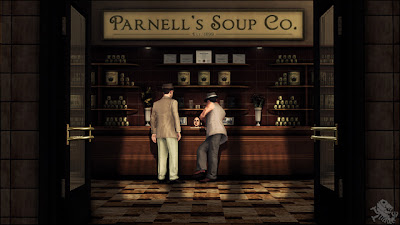 Much like the Nicholson Electroplating case, interviewing and interrogating take a backseat and action is the primary focus of the case. However Reefer Madness doesn’t have any of the interesting puzzles or crime scenes to investigate that Nicholson Electroplating did. So the entire case is just one shoot-out to the next. While they are fun, it’s nothing we haven’t seen before, and they are over after just a few minutes. Then before you know it the whole case is over.

Reefer Madness also adds five new Achievements and Trophies. These achievements are all but handed to you during the course of the case; there is no challenge at all. One achievement even encourages you to skip a section of the case making it even shorter. 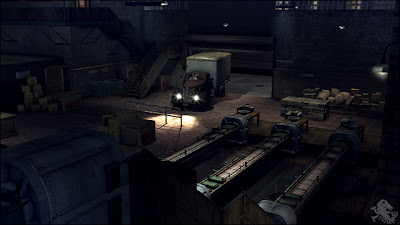 It’s unfortunate that LA Noire will go out with a whimper instead of a bang. The game is one of the most unique and memorable experiences of the year so far, and it deserved better than this. I would not recommend a purchase of this case unless you already bought the Rockstar Pass for all the LA Noire DLC. If you are die hard LA Noire fan than it might be worth checking out for the little bits of story here and there. Otherwise, don’t waste your money; not that the case would waste much of your time.
Posted by Taylor Greene - Executive Editor at 7:30 PM