While at Comic-Con this year, I ran into Nintendo’s very own Bill Trinen. We chatted briefly about Operation Rainfall, Zelda 25th Anniversary Celebrations, and some of the games at the Nintendo Gaming Lounge. He asked me if I had played Dragon Quest Monsters: Joker 2 yet, and I hadn’t, so he implored me to check the Nintendo DS title out.

My experience with the Dragon Quest series is fairly limited. I had played the Game Boy Color Monsters games many years ago and I really enjoyed last year’s Dragon Quest IX. I sunk well over two hundred hours into the game, but aside from that I have not played any of the other Dragon Quest titles. Still, I took Mr. Trinen’s advice and headed over to the demo kiosk. 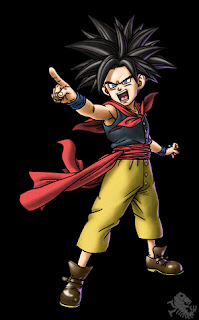 The demo starts with an introduction to the game by a character who explains some of the basic information in the title. You are a monster scout. Your job is to find and tame monsters found in the wild by ‘scouting’ them.

Scouting involves using the monsters you already have captured to impress other monsters into joining your team. A meter appears above the monster you are scouting and depending on how powerful your monsters are compared to the one you are trying to scout this meter will fill up from 0 to 100%; the closer you get to 100% the more likely they are to join your team. You can have up to 100 monsters at any one time and have three with you out in the world. There are over 300 different varieties of monsters to find throughout the game!

The game plays like a classic RPG, completely turn based. It reminds me a lot of Pokemon in some regards, but it is completely different in other areas. The open environments allow you full control of your character. You can run around in eight directions and there are plenty of items and secrets to find hidden in and around your environment. Monsters appear on the screen and are completely avoidable, no random encounters here.

Another thing that impressed me was how you can interact with your environment. From sliding down fallen logs, to climbing up vines, and mystical pillars that contain special abilities for you to use, there is plenty of neat stuff to interact with in the game outside of just battling.

You also have some kind of a ‘home base’ where all sorts of different machines reside; unfortunately all the machines weren’t working during the demo but I can only assume that one of them is the machine that allows you the synthesize your monsters. Synthesizing allows you to combine two of your monsters together to create a more powerful one, this is sure to be useful when going up against a powerful boss.

The demo is fairly brief and ends right when things start getting interesting. Still I enjoyed my time with the demo and I look forward to playing the whole game later this year. Dragon Quest Monsters: Joker 2 will be available in North America starting September 19, 2011.
Posted by Taylor Greene - Executive Editor at 4:53 PM