It was 8:30 on a cold Monday morning. We made the drive down to Universal City Walk expecting a large line to have already formed but to our surprise only two others had shown up at the doors of the massive GameStop. It was a drag knowing that we had twelve hours until the event officially kicked off  but little did we know that the wait would totally be worth it. 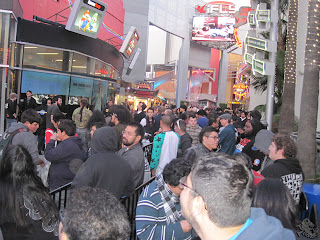 Surprisingly the twelve hours flew by as we made new friends and got to talk shop with fellow gamers and and Metal Gear fans. Shortly after 8pm we were escorted into the GameStop to finalize our purchase where we received our wristband to the after party and our Metal Gear Rising Art Book. From there we proceeded to the table where the producers of Metal Gear Rising Atsushi Inaba from Platinum Games and Yuji Korekado from Konami were waiting to sign exclusive variant covers of the game for PS3 and Xbox 360. 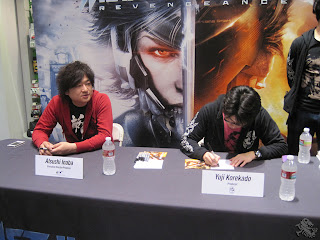 As I walked out of GameStop a rep from Konami handed me a Metal Gear Rising launch t-shirt and a raffle ticket for the after party. Once our group got out of the signing we headed right over to the Hard Rock Cafe where the after party was about to get started.

We found a table that would accommodate us all and on it was a special drink menu for the event. On it were three drinks, the "Sundowner", "Raiden's Revenge" and "Slice of Life". I ordered Raidens Revenge which consists of vodka, blue curacao, a hint of ginger liqueur, lemonade and a splash of club soda. It was quite tasty! 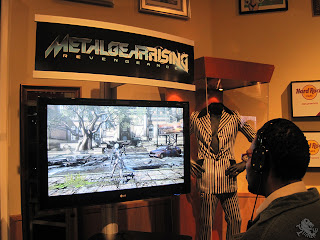 After a couple hours of mingling while the DJ played some tunes Inaba-san and Korekado-san took the stage to welcome everybody and officially get the party started! 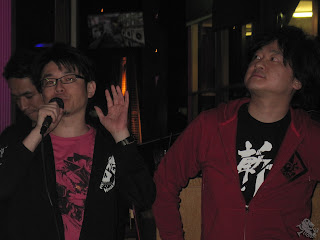 After that the Metal Gear Rising: Revengeance band took the stage and rocked us all hard for an hour. The band was lead by the games composer Jamie Christopherson and included other members from various bands such as Iron Maidens. 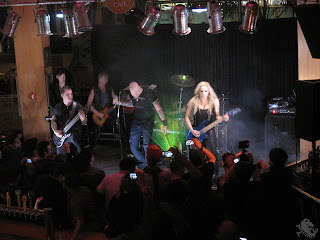 Finally around midnight we went back over to GameStop to pick up our copy of the game and left for home. This was quite possibly the most fun we have ever had at a special event before. We came out of it with new friends, lots of loot, and many memories. Metal Gear Rising: Revengeance is now in stores. Developed in collaboration with Platinum Games and Konami.