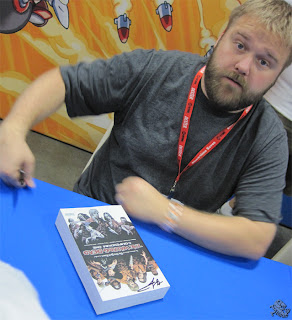 Just yesterday I heard that Robert Kirkman, creator of The Walking Dead comics, was going to be at my local comic book shop doing a signing for is new comic The Infinite. I thought I would bring some of my Walking Dead books and pick up his new comic and get them all signed.


When it was my turn to get my books signed the line got held up, so I had Robert Kirkman at my disposal for a few minutes. I decided I would ask him about The Walking Dead game that he and Telltale Games are working on.


Very little information is known about the game currently so let me list off all the details I got from him:

The line started moving again and I had to be on my way. It was very cool of Mr. Kirkman to share this info with me. He also told me the first episode of the game should be out in October but also mentioned it might have been pushed further back to winter. So expect to see it by the end of the year hopefully. This is an exciting time for Walking Dead fans to be sure! I'll leave you with the first screenshot of the game. 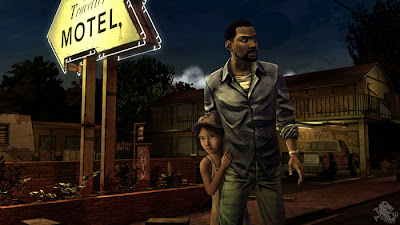 Posted by Taylor Greene - Executive Editor at 11:47 AM